The Tesla Cybertruck has been a long time coming, and it still hasn’t arrived. We also still know very little about the production version. However, this is typically how Tesla operates, and it seems the popular electric truck is really coming to market soon. Now, we have a video and multiple spy shots of the massive truck from Giga Texas.

According to Tesla and CEO Elon Musk, the Cybertruck will come to market around the middle of next year. The electric pickup truck has been delayed now at least two times, though some folks would argue more. Tesla unveiled the Cybertruck in 2019 with a goal of late 2021 production. At this point, it seems production will ramp up in late 2023.

There have been several developments of late that point to the information above becoming a reality. Sure, there could be additional hiccups, but it doesn’t seem like it’s going to be many more years before the Cybertruck arrives. However, sadly, it could still be a number of years before some reservation holders take delivery.

We’ve seen drone video and images of Cybertruck bodies on site at Giga Texas, the company’s official Q3 2022 Update Letter notes that the electric truck is already in the tooling phase at the factory, and Elon Musk said on the recent earnings call that Tesla is in the “final lap” related to the Cybretruck.

With all of that said, an image of the Cybertruck body has been shared online, and it made it into a recent Kim Java (YouTube) video where Kim confirms the image came from Tesla’s newest Gigafactory in Austin, Texas. 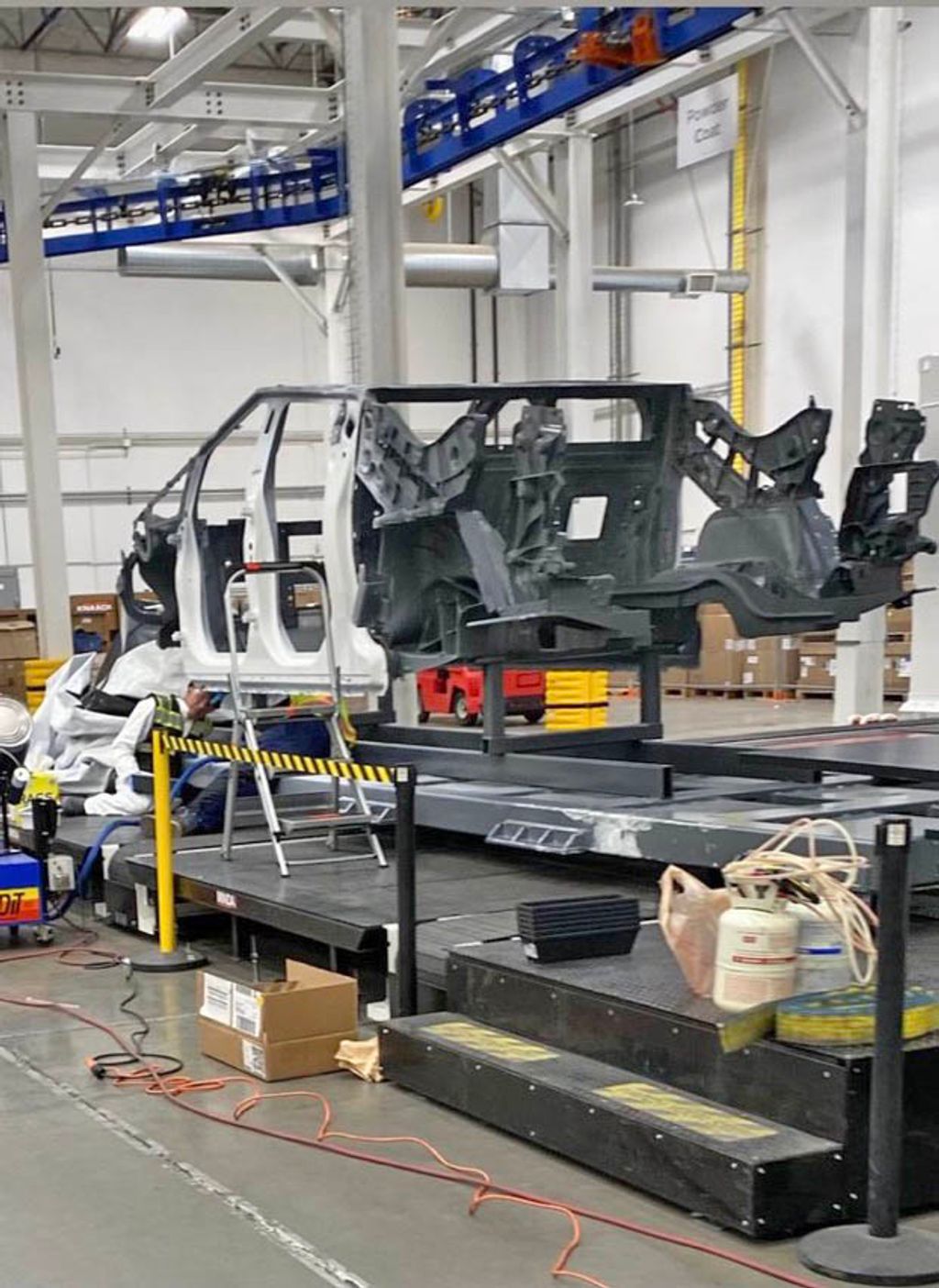 As you can see, the image clearly reveals the Cybertruck. You can see the front Body-in-White (BIW) section, which appears to be attached to the rear megacast. The Cybertruck Owners Club online forum shared the above image, along with a few others. 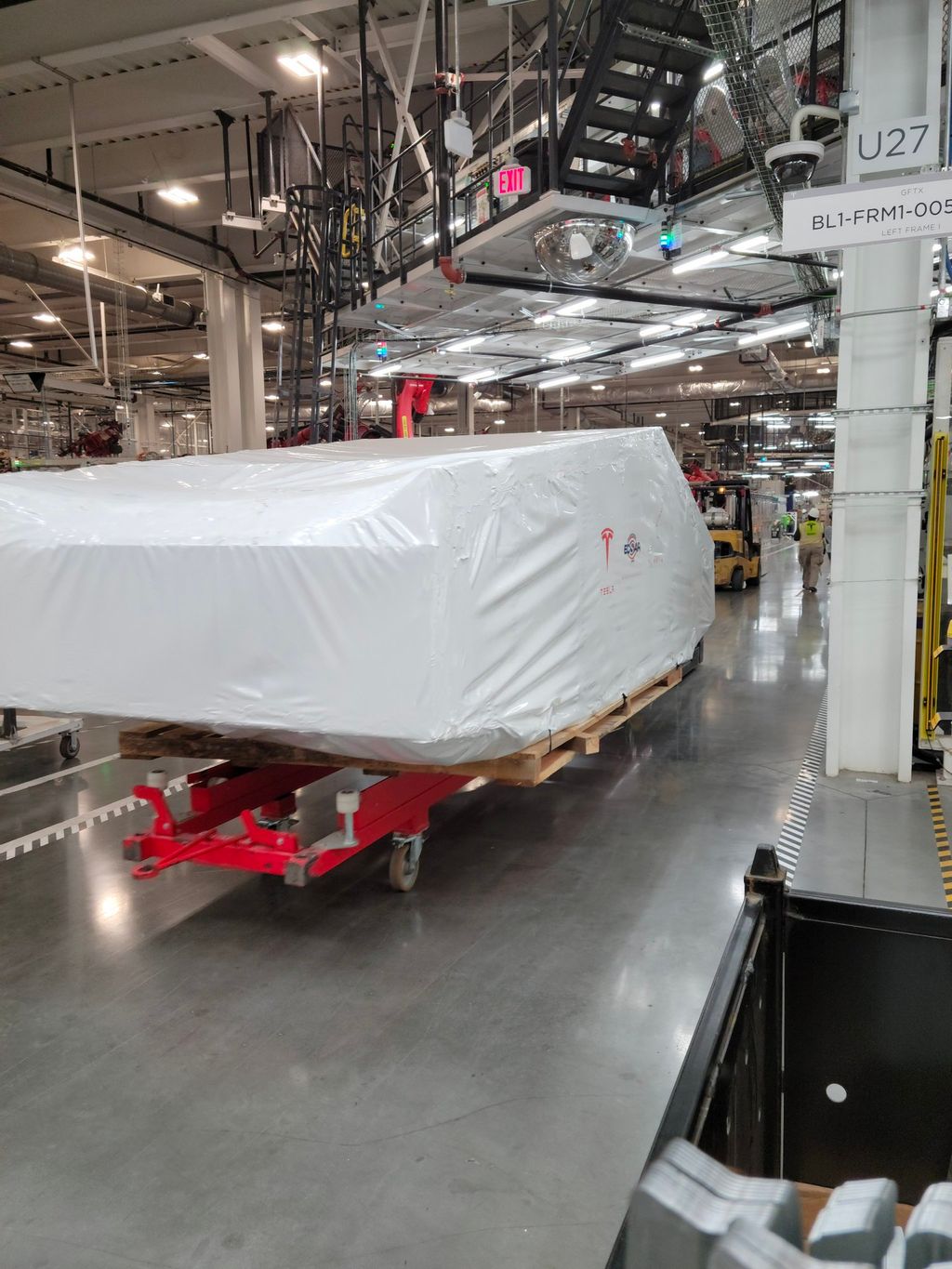 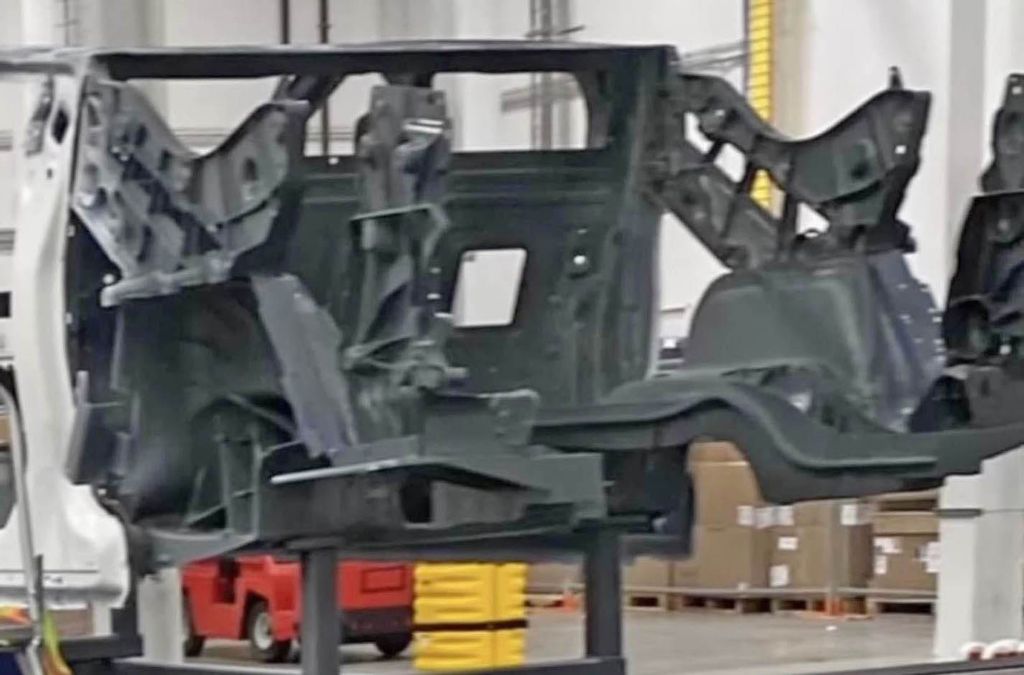 We can only imagine that there will be plenty more Tesla Cybertruck “leaks” going forward, as the automaker prepares to bring the truck to market. However, what we’re really hoping for is for Tesla and Elon Musk to reveal all the specific details about the production version.

To be clear, we know Tesla has already made significant changes to the configurations in which the Cybertruck will be offered. More specifically, the number of motors the versions will have. Moreover, we know Tesla won’t be able to honor the ridiculously low prices that were presented at the Cybertruck’s unveiling, and people are obviously very curious to know how it will be priced.

As always, we encourage you to start a conversation in the comment section below. Will the Cybertruck be delayed yet again? How long might it take for Tesla to fill all the pre-orders?