I had the bike up for sale for close to an year and had been bombarded with many offers; almost all of them being abysmally low.

BHPian mohansrides recently shared this with other enthusiasts.

Closing this thread with some final stats.

With a heavy heart, I finally sold the bike. I had it up for sale for close to an year and had been bombarded with many offers; almost all of them being abysmally low. Even when I did get the odd offer that was marginally higher, I unconsciously sabotaged the sale by being a thoroughly unpleasant person (not at all hard for me) when the buyer came to see the bike. It was just too hard for me to let go of this bike.

Once after having resigned myself to the buyer profile in the used market, I reluctantly accepted an offer for Rs 90k without actually accepting a token from the buyer. I told him I needed one last ride before concluding the sale. Knowing full well what was about to happen, the buyer tried his best to convince me to hand over the bike then and there. I refused and insisted on one more ride on my bike. That weekend, I took the bike for a 200 km ride and the engine simply sang, the chassis and suspension performed flawlessly and the tyres with over 17k kms gripped the road without the slightest nervousness. Right there in the middle of NH 48, I stopped the bike and messaged the buyer that he needed to find another bike.

Then 3 months later, a group of young college lads approached me. They ALL had Dominars and they wanted my bike for the last guy in the group. I showed them all my service records, allowed them to TR the bike, and answered all their questions. This sale too wasn’t going to happen was my wife’s conclusion. But, contrary to the last N sales conversations, these guys didn’t negotiate at all. That was surprising. I was pondering this when their main spokesperson pointed to one of the other bikes in the group said, “we bought this bike for 75k and then 2 months later we had to spend 40k on repairs.” Oh!! so these guys had been handed a life lesson very early. Good for them.

They paid me what I asked. To keep their respect, I reduced 5k and then offered to pay for an immediate transfer of registration. They agreed and the bike changed hands.

To this day, I regret selling my Dominar. If the new Dominar is once again offered in this Plum colour, I would probably buy it again without a second thought.

Corollary – I should thank myself for having had the foresight to pay for an immediate transfer of registration. The process took two months for the new owner’s name to reflect on the RC. I was sweating those two months despite having multiple originals of a delivery note that I had crafted indemnifying me against every possible scenario wherein I could get in trouble due to the actions of the new owner.

When I finally saw that the name had changed on mParivahan, I called the new owner and asked him for an RC copy (for my records) as he had promised in the delivery note that he had signed. No response. Then after multiple follow ups, the buyer sent me a soft copy of his new RC.

Cue the exact moment when the bike was challaned. I got repeated SMSes from MH traffic police about paying the fine and it took 3 or 4 strongly worded emails (with all proofs attached) for them to stop holding me accountable for this bike. I have bookmarked their email removing my phone number from being associated with the vehicle. 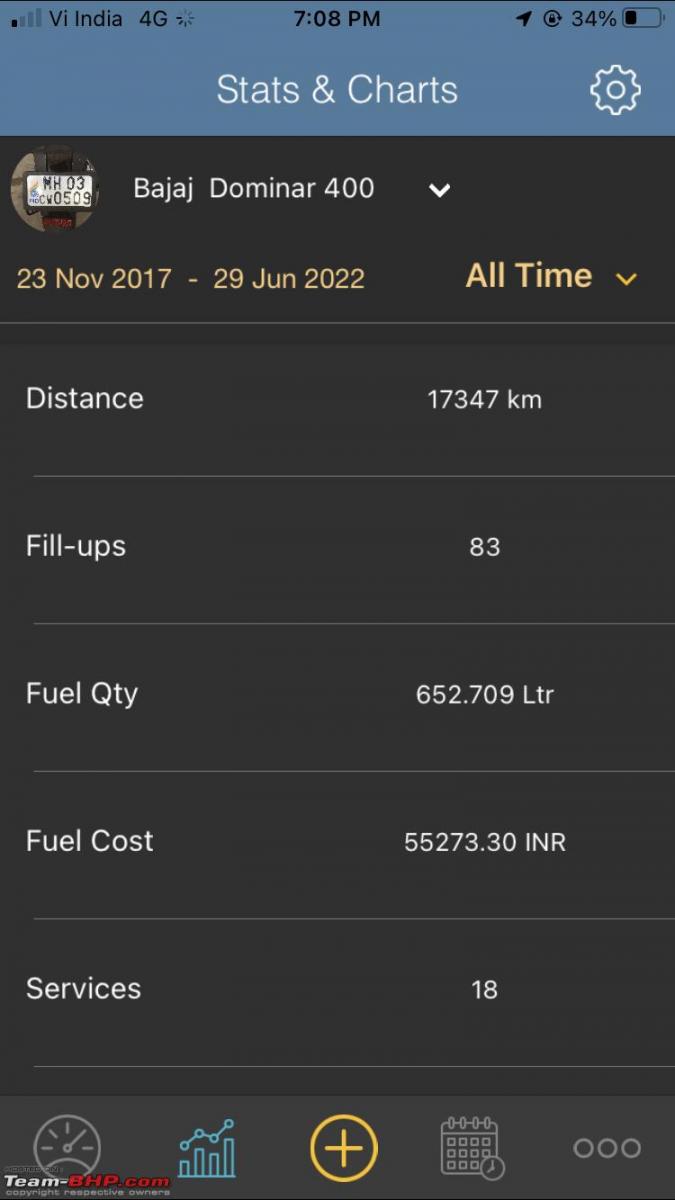