Sebastian Vettel confirms upgrades to his Aston Martin for Barcelona

Sebastian Vettel has confirmed he will be receiving upgrades to the floor of his Aston Martin at the Spanish Grand Prix this weekend.

Even though team-mate Lance Stroll had been given new parts at Portimao ahead of the German, Vettel managed to out-qualify the Canadian and finish one place ahead on Sunday.

Aston Martin have struggled for pace overall though, and Vettel said the team just did not have the speed to convert his P10 start into points on Sunday afternoon.

He hopes that the new parts will be able to make his car more driveable and push up the field, though.

“I have a couple of bits coming for next weekend,” said Vettel after the Portuguese Grand Prix, via Autosport. “And hopefully we can be a bit more competitive.

“A clean Saturday obviously will be the key to have a better Sunday. But I hope that in the race trim, we have a bit more pace to put more pressure [on].

“It seemed obviously that we did not have the pace like the AlphaTauris, and especially the Alpines. So yeah, we need to have a look. But ultimately, we were not quick enough.” 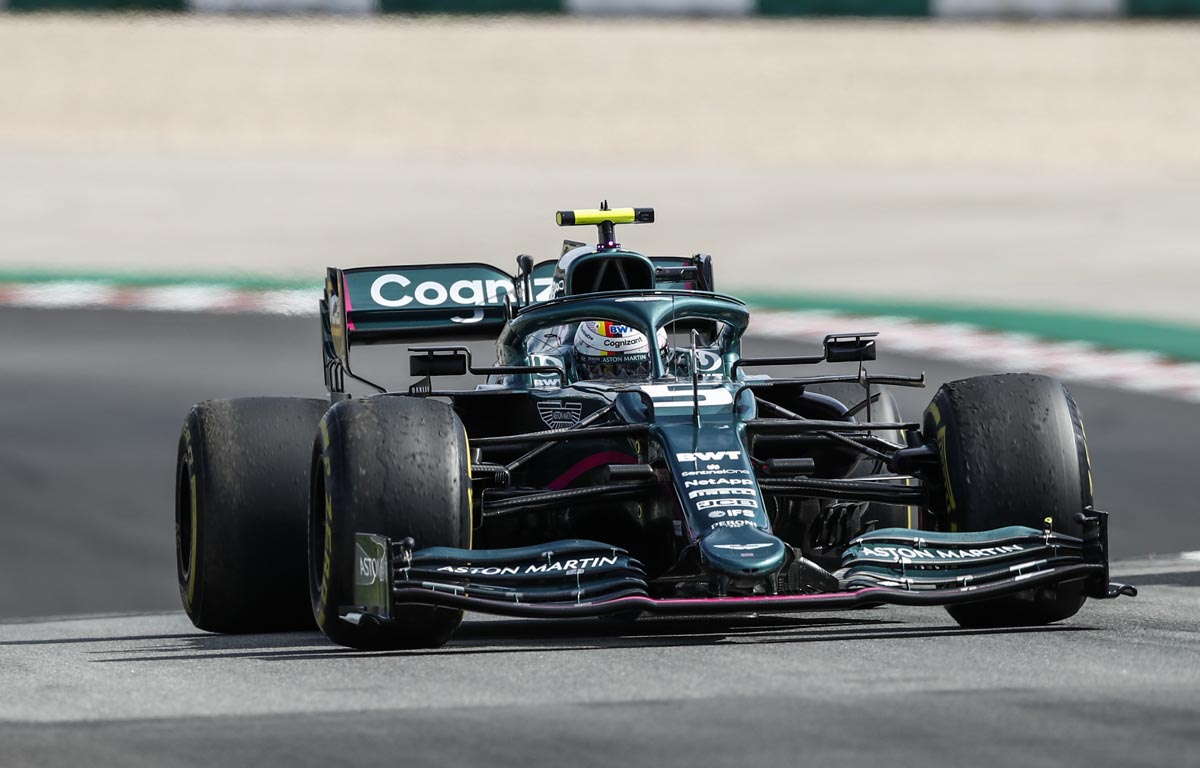 After Stroll had been given the new upgrades first, Vettel said his early discomfort with the car meant that the team’s decision was the right one, offering preferential treatment to the driver who had been with the team for longer.

With a busy calendar ahead, Vettel said the team need to address the issues surrounding their car sooner rather than later.

When asked if the upgrades worked as expected, the four-time World Champion added: “I think so, obviously I haven’t felt them. I don’t know. But I hope that it’s going to be a better weekend [in Barcelona].

“This weekend we also fought a little bit with set-up so I hope for a more straightforward weekend the next one, and better pace, especially Sunday afternoon.

“Obviously [Stroll] felt a lot more comfortable straight away with the car compared to me. We’re still learning about the car.

“I think obviously it’s going to be a long season, but these couple of races now are very crucial to get on top of it. We’re still changing a lot of things one session to another to explore the limits.”