Proton Saga to be made into a 1:64 scale Hot Wheels model as part of collaboration with Mattel Malaysia – paultan.org 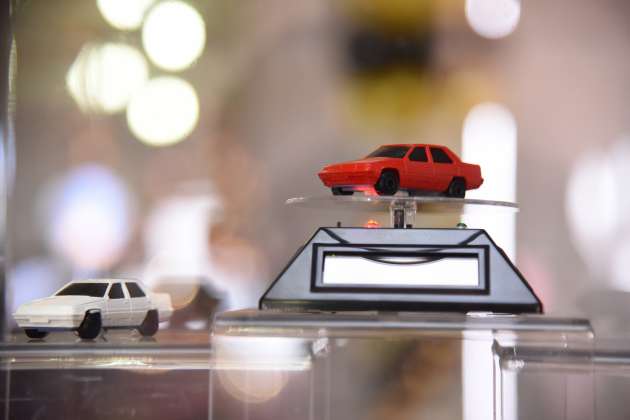 In conjunction with Mattel Malaysia’s 40th anniversary, the company responsible for making Hot Wheels cars at its plant in Penang for global markets has revealed it will collaborate with Proton for the first time, which will see the carmaker’s first model, the 1985 Saga, being made into a 1:64 scale diecast model.

Also known as the Saga Orion due to the 4G13 1.3 litre four-cylinder engine from the Orion series powering it, the original Saga was launched in Malaysia on July 9, 1985 by fourth prime minister Tun Dr Mahathir Mohamad, who was also responsible for founding the carmaker.

“This is an exciting license partnership as we join to develop a Hot Wheels car, modelled after the original Proton Saga, the first model manufactured by Proton, which will now become a part of the Hot Wheels singles collection,” said Steve Totzke, president and CCO of Mattel Inc, the parent company of Mattel Malaysia (MMSB), in a report by Bernama.

“This license partnership aims to uphold the proud legacies of both Mattel and Proton to continue to provide high-quality vehicles to fans of all ages worldwide,” he added. The Saga Hot Wheels is expected to start shipping and be sold worldwide by the end of next year.

The announced collaboration also coincides with a separate announcement by Mattel Malaysia that it would expand its plant, which is expected to be completed in January next year. This will be pivotal in the company’s plan to increase production capacity by an expected 20% by 2025 from the current average of nine million units per week.

“Today, we celebrate and reaffirm our long-term presence in Malaysia. Over the last 40 years, we have succeeded in developing a thriving ecosystem for the local industry in the Perai Free Industrial Zone across industries such as packaging, paint, material supplies, and machine design,” commented Ching Chiau Lee, general manager of MMSB.

“MMSB plays an important role in our global supply chain operations, providing a strategic footprint in the region and supporting our transformation strategy for growth as an IP-driven, high-performing toy company. We are excited for our future as we continue to exemplify progress in the technology-driven Malaysian manufacturing sector,” she added.

For budding collectors, are you looking forward to getting your hands on the Saga Hot Wheels? What other Proton cars do you think should be made into a diecast model as well? List them out in the comments below.