McLaren Is Going Off-Road Racing in Extreme E Next Year

Extreme E, for a very new series that’s held just two events, has an incredibly stacked grid—from a Chip Ganassi entry that runs a Hummer to the strange marriage of houses, Game of Thrones-style that is Andretti-United teaming up. Today, McLaren has announced that it’ll be the next powerhouse lining up for the 2022 Extreme E season, joining the crew of the Helena as the off-road series sets sail a second time.

There’s also three teams run by people who’ve won Formula One world championships, of course, two of them former McLaren drivers. Lewis Hamilton, Jenson Button, and Nico Rosberg are all team owners and Button even drove in the first round. And there’s another former McLaren driver invested in the series over at Acciona Sainz, where Carlos Sainz Jr. has gone into partnership with his dad, who’s actually hooning the car. 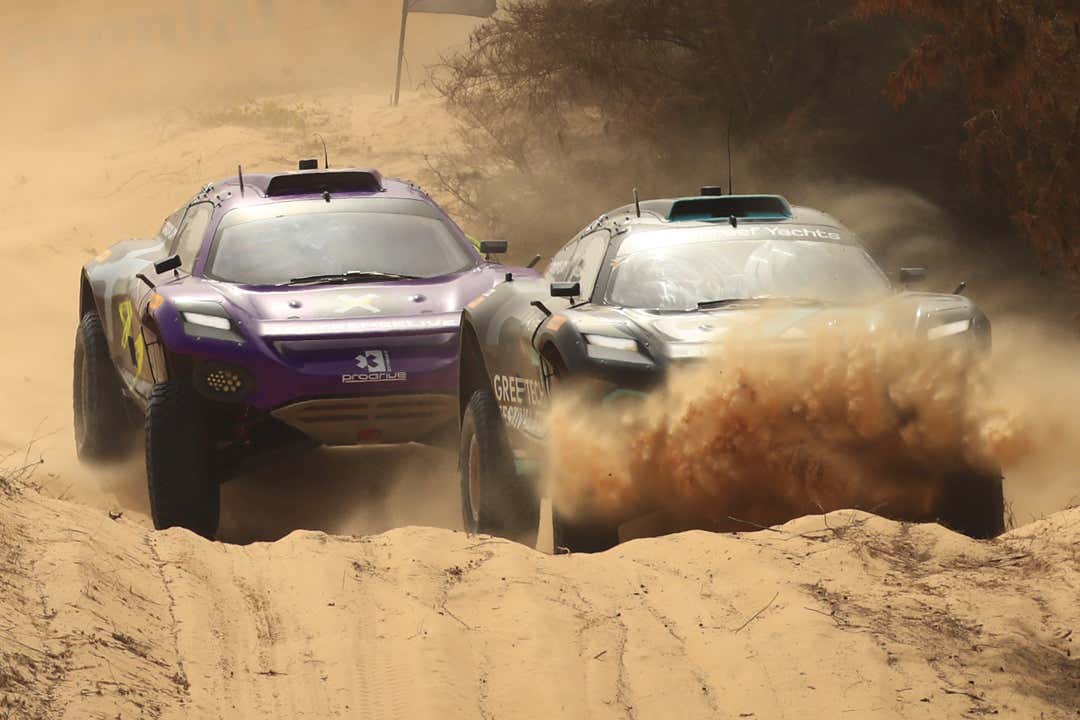 First of all: this is a way more solid commitment than when McLaren announced its possible Formula E entry awhile back. The outfit was kind of just throwing its hat into the mix, depending on what’s decided about Gen3—Formula E’s next evolution, due to start competing at the end of 2022 and currently not revealed to teams—whereas this is a “heck yeah, we are doing it, see you at the start line” deal.

McLaren has had a difficult few years, culminating in having to sell its iconic HQ to rent it back from someone in a bid to stave off any more emergency financial maneuvers. But at the same time, the organization has actually seemed to get it together in terms of IndyCar and its partnership with Arrow Schmidt-Peterson has culminated in a recent first win for Pato O’Ward.

That’s alongside a generally renewed energy in its F1 effort; Lando Norris has taken two podiums in the first six races of this season and McLaren is in a real fight with Ferrari for overall third-place honors, with the ability to take a chunk out of Mercedes and Red Bull when it gets the chance.

Extreme E is a pretty small outlay; the car is spec, supplied by the series and with limited alterations teams can make. Since it spends the majority of the season on a ship, totally unreachable, they don’t need or can’t even use a big maintenance squad. Equally, only four mechanics and one engineer, as well as two drivers, are allowed on site for each event so this isn’t like setting up another big racing project.

But it’s a statement that McLaren is feeling confident. Explaining why the team was motivated to join Extreme E right now, McLaren CEO Zak Brown said, “I believe the franchise will be sold out quickly,” meaning it was time to get a move on.

Not that McLaren is taking the backseat. Brown also confirmed it’s there to beat the all-star field: “While Formula One will always remain at the center of our world, like IndyCar and e-sports, our entry into Extreme E is additive to the McLaren Racing franchise and will complement and help support all our programs.

“We will be competing against big names we’re very familiar with from F1 and IndyCar but, like all series we compete in, the competition objective is clear: we are there to win.”

Got a story tip? Mail me on [email protected]