The plan is to raise $20 million for Hercules Alpha electric pickup truck development.

Hercules Electric Vehicles announced recently that it is opening a $20 million Series A investment round – managed by CMD Global Partners, a boutique investment bank – to support product development and add team members.

The company, founded in December 2018 in Detroit, says that is working on a “rugged luxury” electric pickup called Hercules Alpha scheduled for market launch in late 2022, but we have been very cautious about Hercules ever since we first heard about the project about a year ago.

In November, Bloomberg reported that the company might partner with Nissan (probably use the Nissan Titan not only in the visualizations but also as a vehicle base).

Things may become more clear this month, as according to the press release, in April Hercules will demonstrate its first drivable architectural mule:

“Hercules is developing an all-electric sport pickup truck, the Hercules Alpha, which will be available in late 2022. Hercules expects to demonstrate its first drivable architectural mule in April 2021.” 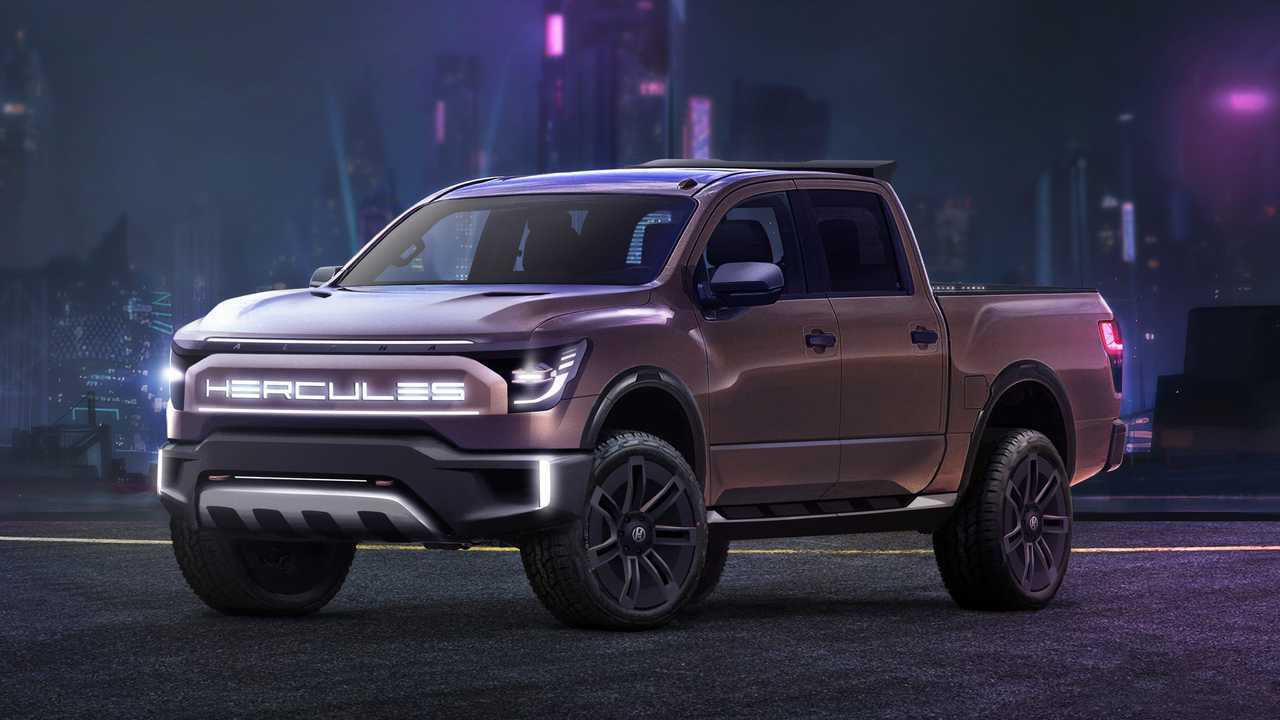 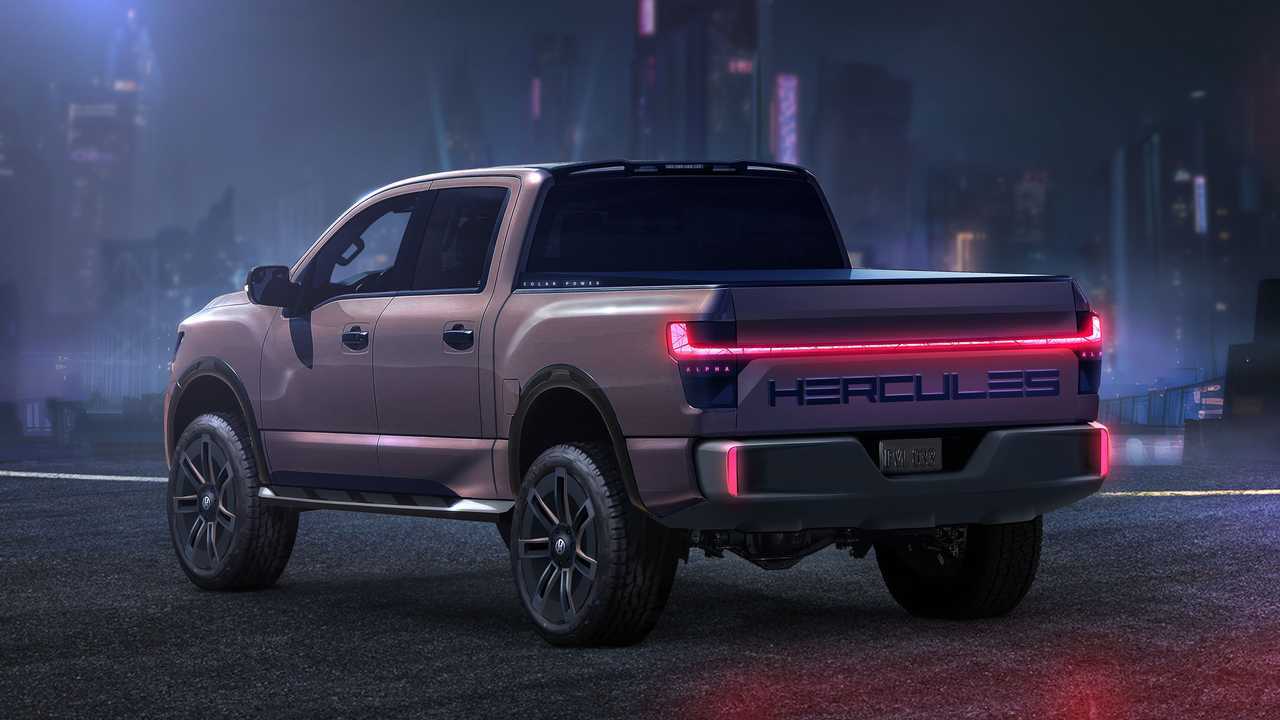 The Hercules Alpha is expected to offer high performance and luxury, but we don’t really know much about it, beside the specs… the specs (listed down below) have changed by the way. Now it includes a range of 350+ miles (563+ km) instead of over 300 miles (483 km), and 0-60 mph (96.5 km/h) acceleration time of 3 seconds (previously 4 seconds). Those are really strong numbers, which makes us even more cautious.

The list of features include the “Zero radius turning”, which must be something similar to the Rivian’s Tank Turn. That also shows that the company is targeting the top specs and features.

“The rugged luxury pickup will offer powertrain configurations with more than 1,000 hp through a torque-vectoring four-motor drive system. The motors provide independent torque control for amazing stability and ultimate high-performance. Hercules will offer a previously unapproached range of customer options for personalizing the Alpha, including fully customized interiors with numerous vegan and natural surfaces available, as well as a configurable Android-based digital experience system.”

But should we believe it? The launch time of late 2022 sounds very ambitious. The company takes $500 deposits (we don’t even see the word “refundable”).

The thing that has caught out attention is that the company “is currently scouting locations for production of its components, including solid-state batteries”. The production of the vehicles (at up to 20,000 annually at some point in the future) will take place in Michigan – as far as we understand, a third party company will produce the vehicles and service them.

“Hercules is commencing the Series A financing to support product development, add team members and is currently scouting locations for production of its components, including solid-state batteries. Breyer says the automaker intends to use existing industrial capacity wherever possible, paired with a modular design and assembly approach, enabling Hercules to bring eco-utility vehicles to market quickly and with a high level of personalization and craftsmanship.”

However, samples of those batteries will be available by the end of 2021, with production maybe in 2023. In other words, the time frames don’t match each other – at least the first Hercules Alpha will not have anything to do with solid-state batteries.

To make things even more unclear, Hercules Electric Vehicles says that it will offer “long-range batteries and optional fuel-cell range extender options.” So there are also fuel cells in the equation, most likely hydrogen ones, but we don’t know for sure. 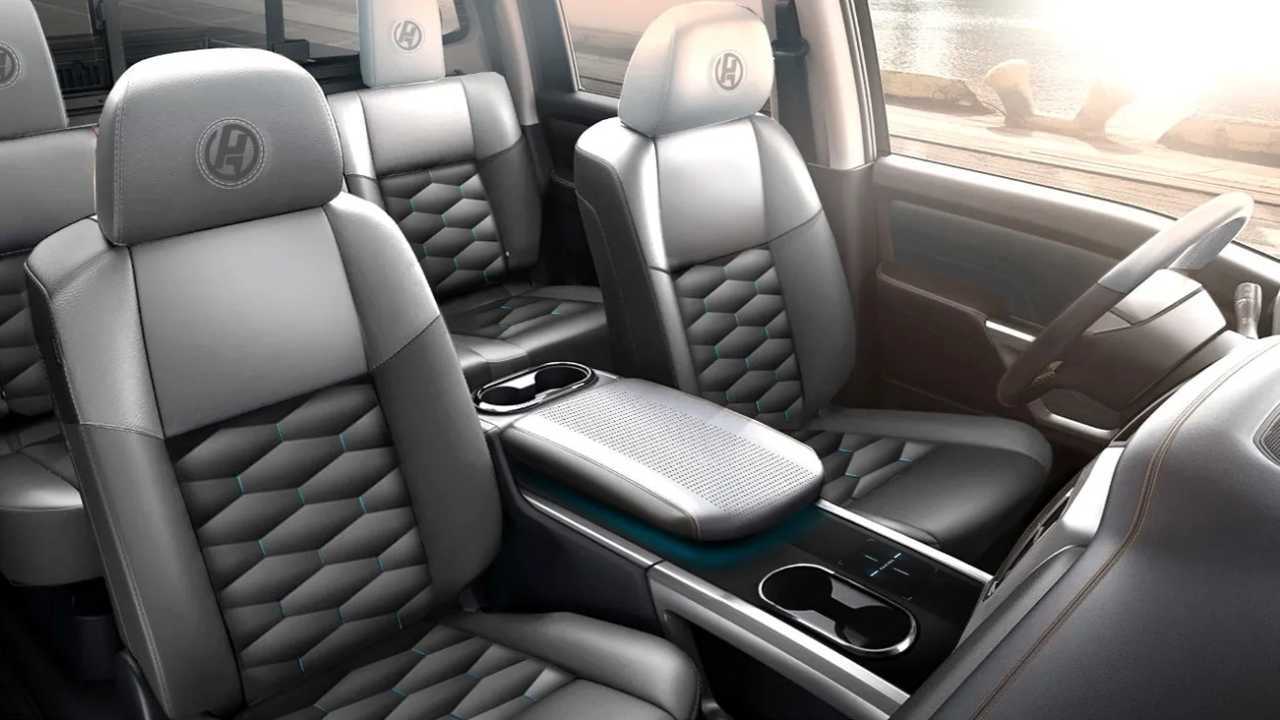 The design of the vehicle was outsourced to Pininfarina and in the video below we can hear that the company intends to use off-the shelf components that already exist.

“This is an exciting period for Hercules, which is on a tremendous growth path for 2021. We’re making tremendous strides in our pursuit to create next-generation fun and efficient, high-performance mobility products.”

Well, for us, it’s enough to be skeptical about the Hercules Electric Vehicles, but feel free to leave us a comment on what do you think about the Alpha, the viability of the business model and starting a car company differently.