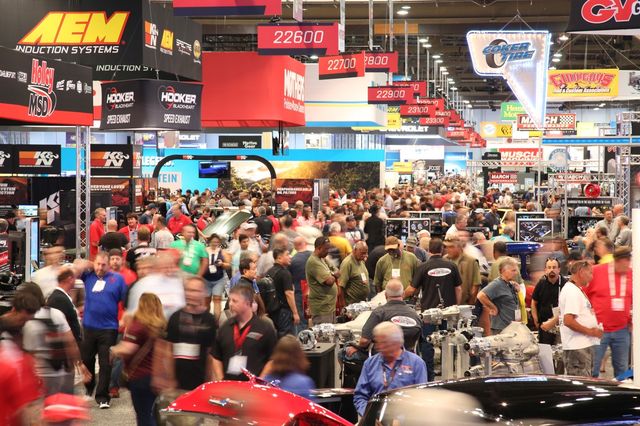 The Specialty Equipment Market Association, aka SEMA, will hold its gala extravaganza for the automotive aftermarket Nov. 2-5 this year, after (finally) cancelling last year’s show because of the COVID-19 pandemic. And while SEMA kept saying right up until three months before showtime last year that it would be able to hold a safe event despite the raging pandemic, this year they really mean it. It’ll be Safety First in 2021.

“That’s going to be our top priority as we head to the SEMA Show, we’re really pleased to let you know that Las Vegas has made tremendous progress in terms of their COVID recovery,” said SEMA president and CEO Chris Kersting. “The governor announced that they’re going to be moving toward full-open come June 1.”

As Laurence Olivier kept asking Dustin Hoffman in the 1976 thriller Marathon Man, “Is it safe?” Like cliff diving, the best way to be sure is to have someone else go first. Between now and November there are 23 major conventions scheduled at the Las Vegas Convention Center, from the World of Concrete show to the International Pizza Expo and Marijuana Business Daily. If those go smoothly, then surely the SEMA show, which won’t be held until Nov. 2-5, will be safe, right?

“We’re going to be monitoring developments as we head toward November, of course, we’ll mind whatever the state and local requirements are for the show, but with the trajectory we’re on with vaccinations and so forth, it’s looking really great to have a show that I think is going to feel a lot like the SEMA shows that people know and love,” said Kersting. 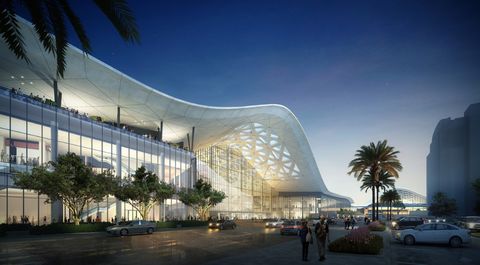 Showgoers will experience many new features at the LVCC this year. There is an all-new West Hall Expansion that is 1.4 million total square feet of big, 600,000 sq-ft of which is leasable exhibit space and 14,000 sq-ft is an outdoor terrace that sounds like it’ll be party central. Inside the hall is 328,000 sq-ft of column-free space, which sounds like it’d be fun in a go kart. The new West Hall space will host truck, off-road, and side-by-side exhibitors, as well as restylers. All that extra space means “a lot of the performance exhibitors” that had previously been stuffed into temporary tents outside will now have civilized indoor accommodations.

Underneath it all will be Elon Musk’s amazing one-mile Boring Tunnel, which will potentially whisk show attendees riding in Teslas from one end of the LVCC to the other, with a stop halfway between. What remains to be seen is exactly how many such cars can be in operation and how fast they will whisk. At a press demo for Las Vegas media last month there were only 11 vehicles present with seating for five each, or 55 passengers total at any given moment. That barely scratches the surface of a typical SEMA attendance of over 150,000. Previously you could just hop on an electric golf cart driven by a cheerful Las Vegas retiree to get between the halls. Eventually the Musk Tunnels will go all the way to the Strip and maybe even to the airport, which sounds almost too good to be true.

For now, we’ll keep a flying eyeball on the Concrete Show and Pizza Expo. If those do well, watch out for SEMA 2021!

“We look forward to seeing you all in November,” Kersting said.